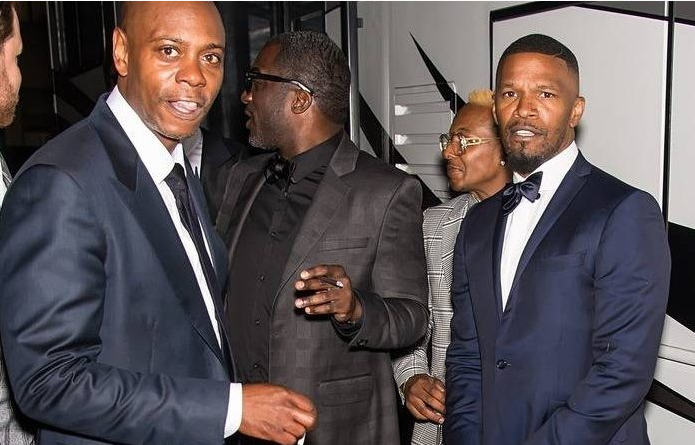 Anchoring the Netflix is a Joke Fest is the May 3rd, 2020 closing night inaugural edition of The Hall, a first-of-its-kind hall of fame honoring the greats of stand-up comedy. Today's biggest names in comedy including Dave Chappelle, Kevin Hart, Chris Rock, Billy Crystal, Whoopi Goldberg, Jerry Seinfeld, Sarah Silverman, Wanda Sykes and more will pay homage to and induct comedy legends George Carlin, Richard Pryor, Joan Rivers and Robin Williams. The Hall, which will have a physical home in a newly designed wing of the National Comedy Center in Jamestown, New York, will be taped at The Ace Theater in Downtown LA for streaming on Netflix later in May.

Netflix is proud to partner with Comedy Gives Back, a nonprofit organization whose mission is to create a safety net for comedians in need with mental health, medical and financial crisis support. During the Festival, Comedy Gives Back will provide onsite services and information for all interested Festival goers, free of charge. Comedy Gives Back is a 501(c)3 fiscally sponsored project through Road to Artdom Foundation, Inc.

Netflix Is A Joke Fest on Tour

The festival takes place across over 20 venues in Los Angeles, including the Hollywood Bowl, Greek Theatre, Hollywood Palladium, The Largo and more, with much of the festival primarily centered in Hollywood.

THE THEATER AT ACE HOTEL

The Hall: Honoring the Greats of Stand-Up (recorded)

An evening of music and comedy featuring Dave Chappelle and very special guests.

STAND OUT at The Greek Theatre: An LGBTQ+ celebration (recorded)

Legendary late night host David Letterman returns to his roots to showcase some of today's finest stand up comedians to perform and then join him for a one-of-a-kind interview.

Megastar and Oscar-winner Jamie Foxx hosts this loaded lineup featuring some of his favorite comedians!

The Degenerates is BACK and it's LIVE. You loved the first two seasons of this no-holds-barred comedy show featuring the hottest rising stars of comedy. Now this crude and lewd show is hitting LA for a special Live edition hosted by Jim Jefferies featuring Big Jay Oakersen, Christina P, Ms. Pat, Robert Kelly and more.

Pete Davidson and his friends are doing stand-up comedy for you and your friends.

Los Comediantes de Latinoamérica is a loaded stand up show featuring a who's who of Latin American comedians. Special guests include Fabrizio Copano, Liss Pereira, Ricardo O'Farrill, and Ricardo Quevedo.

The India All Star Show hosted by Vir Das (recorded)

Jacqueline Novak Get On Your Knees live

Best buds Jeff Ross and Dave Attell are bringing their uncut savagery for an all new season of Bumping Mics. Inviting friends and special guests from all over comedy to hang, riff and roast one another. No mic will go un-bumped.

You need to be a member of ONE DAY IN AMERICA to add comments!

Join ONE DAY IN AMERICA

This reply was deleted.